My name is Kelly and I am going to share here a bit about my journey and how I arrived to being a Virtual Assistant (VA.)

Long story short, I have 15+ years in a unique variety of work experiences that have equipped me with dozens of useful skill sets that any business owner might need. While my past jobs have all been fantastic schools of learning for me, I have realized that I actually work at my optimal efficiency when I can work quietly on my own, as opposed to a bustling office situation. Thus was born my Virtual Assistant business, where I seek to support thriving businesses by doing all the nerdy things I do best!

I have a BA in social work with a minor in Spanish and after college, I became a missionary with a group that was originally founded in Argentina, but that served all over the world.

For the next almost 8 years, I was a Catholic religious sister! I lived in very essence ‘social work’ in all forms, while at the same time garnering all the tricks of a savvy missionary – learning to be resourceful, exploring options, making things work, connecting beyond language, building rapport, and always being open to the adventures life lays before me. 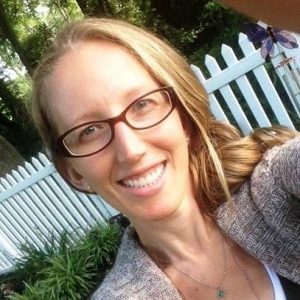 During those 8 years, I lived with fellow sisters from Peru, Mexico, Colombia, Haiti, Pakistan, Guatemala and of course Argentina. We shared meals, space and bathrooms – for better or worse! I had the opportunity to travel to: Argentina (3x), Chile, Canada and Guyana (2x.) I lived in our house in Spanish Harlem, NYC for 4 years where Spanish finally clicked in my brain and I’ve been fluent ever since! I was also delegated the Supervisor of that house and oversaw all the details of everyone in it: schedules, jobs, travel, bills, maintenance of house and van, and when anyone was absent, I replaced them, taking on their duties. It was a season of my life rich in experiences, relationships and challenges. I wouldn’t trade it for anything.

Following my years as a sister, I landed a sweet gig as a Spanish & Religion teacher at St. Rose Catholic School back in New Jersey (my original home.) I had zero official teaching credentials, but years of experience teaching kids of all ages, thanks to the missionary life. St. Rose had no real Spanish curriculum when I arrived, so over the next 4 years, I created one for each grade K-8th. I did not set out to do this; I originally set out simply to be a capable and engaging teacher! However just by virtue of being organized, diligent and understanding how kids learn in stages and in varying ways, when I left that school, they had a robust Spanish curriculum! Each level had tests and projects that incorporated all styles of learning and that celebrated all Spanish-speaking countries, in their richness and diverse styles of dance, food and traditions.

I always knew that I would not stay in teaching forever and eventually desired to move on from the classroom life. I wanted to work for places that aligned with my values, have new experiences and meet different people. So, I chose working for a local organic Juice Bar and a newly opened independent bookstore, both on the same street in Historic Haddonfield, NJ. I had worked in the food industry many summers with a local catering company and so I knew the pace and demands of food service. Animo (the juice bar) proved to be an awesome learning experience where I excelled quickly and within 1 month was offered a Manager position. 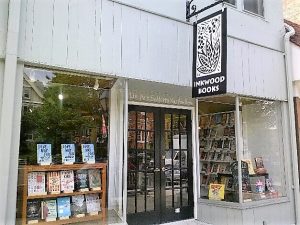 The bookstore, Inkwood Books, was in it’s opening season and it was an exciting time to be involved! I read galleys, wrote reviews, and attended the North Atlantic Independent Booksellers Conference with my boss, a former lawyer and mother of twin teenage boys! It was a rewarding experience!

Little did I know that my next adventure would take me across the country to a place I now call home. What originally was to be a vacation to visit my Dad in Scottsdale, AZ became a 1-way ticket to explore new possibilities!

When I started as Patron Services Associate, I was part-time and the only staffer in my department. As the Center grew, so did the Patron Services Team. Eventually, I managed a team of 7 and together, we took care of all customer service, communication, front-end responsibilities, back-end organization, systems creation and maintenance. My position demanded adroit organizational and communication skills, as well as interpersonal and relational capabilities. I learned how to listen intently to the individual student so that they felt heard, as well as maintain daily and monthly reports that required laser focus and detail. I was also the event coordinator for our annual Open House, a free family event that consisted of dozens of art workshops. It was a project that demanded months of planning, organization and supervision. Each year, it went off without a hitch! Once I understood the scope of my position, I was given much freedom to craft the department, processes and procedures however I wanted. I had no training in these things, I just put in place things that would make my life easier, as well as enhance the experience of our students. I explored, investigated, tried new things and kept what worked. I thrived at the Center and I supported the Center while it thrived. We grew together. I was blessed to work alongside some of the most fascinating humans I’ve ever met there: geeks, potters, wizards, musicians, dancers, radio hosts and photographers. It is a home for me always.

So, how did all of this journey turn into becoming a VA? Well, at the Art Center, my responsibilities were split between front and back-end types of work. I realized that I preferred doing all the nerdy back-end tasks in  my office! While I was welcoming and helpful at the front desk, capable of handling all random requests, all customer service issues, I really preferred and thrived doing all the behind-the-scenes work down in my office. From there, I then also realized that the Art Center, being the bustling non-profit that it is, by nature required me to scatter my energies each day, all day. This was all fine for the seasons I was meant to be there, but I realized that I could be of even more impactful support to an organization or a business professional if I could just work on my own, in the quiet of my home office and remove all of the interruptions that front-facing responsibilities always demanded of me.

Thus was born my VA business, creating a cohesive and harmonious client experience!

(If you read this far, I applaud you!)